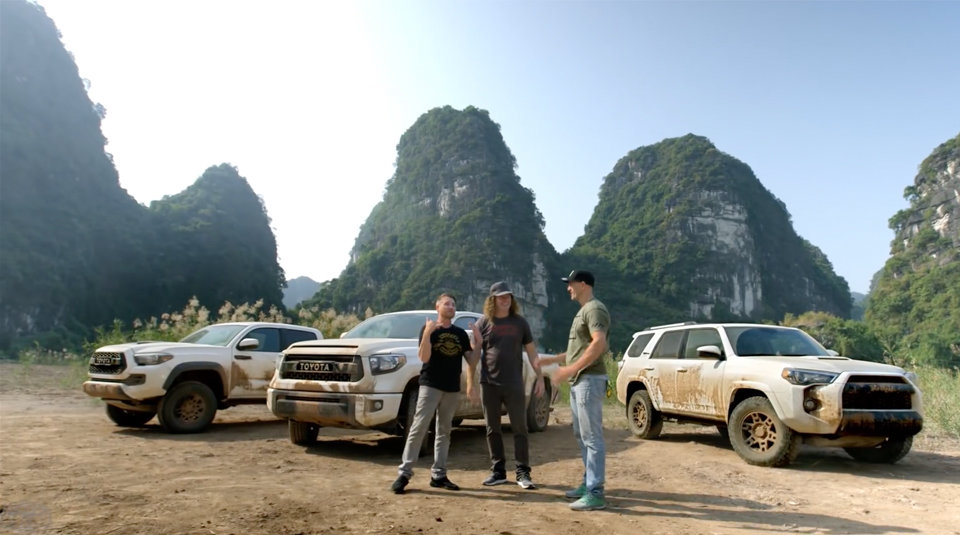 Production & location manager, Terry Gordon, lead the Asia Film Fixer team on their most challenging assignment. Which included the client requiring 3 TRD PRO vehicles to be flown by heavy-lift helicopters on platforms in the South of Vietnam. The first ever of its kind in Vietnam. The months of planning finally paid off, with a spectacular start to the series.

The most challenging moment of my production career – ensuring the 3 helicopters with the TRD PRO vehicles made it into the air! Terry Gordon, Production & Location Manager

The TRD PRO Vietnam Challenge was filmed in Vietnam over two weeks, taking the talent from South to North. The final production follows Andy Bell, Roland Sands and Jamie Bestwick across Vietnam as they take the TRD PRO Trio on the best 4×4 roads that Vietnam has to offer. Check out Episode 1 here